You are here: Home1 / conrad 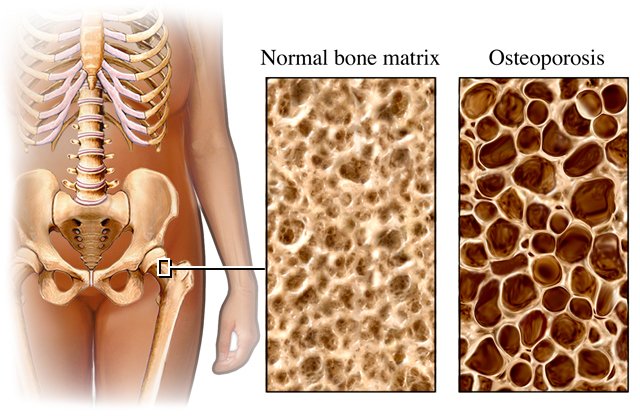 For both men & women, modern living, poor diets, lack of exercise and stress all contribute to a range of health issues.

Osteoporosis is becoming more common amongst men and has always been an issue for women, especially when going through any hormonal changes.

However, its not all bad news. Exercise in many forms can help with osteoporosis – it won’t reverse the condition but it can control it and it can stall the spread.

What are the best exercises? What does weight bearing exercise mean?

Coming soon….. my booklet on how to take command of your health, what you need to commit in order to develop life-long fitness and why your brain & body need certain nutritional elements to flourish.  I will add this as a downloadable file soon. Many of my clients are runners – aspiring marathoners to sub-40 minute 10k people…. What do they have in common?

The one thing they have in common is a tendency to not warm up thoroughly enough thus picking up lower leg injuries.  Of course, its not just about a lack of warm-up.  It goes much deeper into their running technique and their individual bio-mechanics.

Man was born to run – as I have stated before – we evolved with an innate ability to run, either to hunt or to evade danger – the classic ‘Fight or Flight” (I know in some cases the brain just Freezes….we’ll set that aside for now)

However, the majority of runners pounding the streets of Great Britain today are doing so in well cushioned footwear and with a stride that doesn’t really pay true homage to our great evolution as runners over the last 200,000 years.  Its for this reason that I am currently writing a new Running Development programme to help both existing and new clients with running technique and with an objective of making running:

YOURS IN Running – Conrad,

–       Using the latest portable ultrasound technology from the USA we scan 1, 3 or 7 sites to measure tissue thickness & evaluate body composition

Does it hurt? Are there any risks? 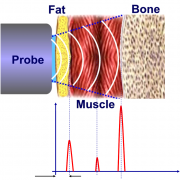 –       The process is completely non-invasive and an overview can be done by simply scanning your biceps. There are no health risks.

How accurate is it? Why is it better than modern scales?

–       This is a clinical grade ultrasound unit. Scientific testing showed up to 25% more accuracy than high-end modern weighing scales

What do I receive at the end of the assessment? 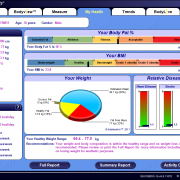 What should I bring? 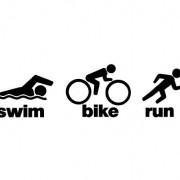 Conrad Rafique qualified as a Fitness & Motivation Coach with The European Institute of Fitness based at Lillieshall National Sports Centre. He is a Master Personal Trainer & competes in duathlon, off-road trail marathons & cyclo-cross. He is an experienced PT, Running & Cycling Coach. His previous career was in Finance with Kellogg’s

Just 8 weeks before the event I got a wildcard entry to Trail Marathon Wales when a Bristolian fell-runner pulled out due to injury. What training could I fit into that narrow arrow slit of a window?

Prep consisted of a couple of road 10 milers for the Chester 1/2 marathon, one solo 12 mile circuit of Moel Famau and Moel Arthur and a fabulous 15 miler round Moel Arthur, Penycloddiau and ‘Famau delivering 1000m of ascent with my buddy John Hodgson, a highly experienced trail guru.  I managed several  5 and 6 milers but do they really count?
Several Hour of Power classes and some Metafit classes certainly contributed to keeping the cv system and upper-body strong.  On reflection, they made the difference as I didn’t suffer what I call the ‘middle-order’ collapse thanks to a stronger core and better running posture.

The day itself was fabulous – Saturday 22nd June 2013 now permanently etched in my data banks when I rose early enough for a wee porridge before jumping into a borrowed Fiat 500 and buzzing down the A55 via charming Llanrwst, MadMax-esque Blaenau Ffestiniog to Coed-y-Brenin.

On arrival it hit me how big a deal this event was with Welsh Athletics and a host of Wales & GB World Trail Championship contenders in attendance.  Organiser Matt Ward of Salomon has concocted a magical formula – great location, stunning scenery and of course a tough challenging brutal but enjoyable route.

About 300 started the Marathon and 400 were doing the 1/2.  The route took in such trail delights as the Sarn Helen trail, the famous Volcano trail, Ffridd Goch and Ty’n y Groes.
I was ready with Nathan water belt + Overstims race belt with Energix gels, coup de fouet (don’t ask, some French bionic gel used by Alpine ace Sebastien Chaigneau) also my favourite Accelerade caffeine-laced gels and some salty Overstims ricekrispie bars – a great antidote to all the sugary sweet stuff.

Start Line:
Matt briefs us that 26 trauma trained Mountain Rescue personnel are out on course – What on Earth have I let myself in for?
– and Matt’s personal emotional investment was plain for all to see when he was almost overcome with the scale and passion of the event, before asking the local Grouse Bagger to give it both barrels from his Purdey to start the race.
We were off!
A mix of silence, smells of warm-up oil & pine forest, deep breathing and an air of anticipation that you could almost squeeze.
The first few miles along forestry fire roads made for a pleasant warm-up.  Took a wee cup of water & banana at first feed (6m) at Capel-pen-Stryt.
10 miles were clocked up quite easily – too easily.

A 3/4 mile fast downhill road section led us back offroad down a drovers track to a steep, boggy climb through marshy country and back into the forest canopy.
At Tyddyn Mawr (12m) there was another water station, again very welcome and manned (and womanned) by enthusiastic helpers.  At the 22 km mark there was a spectacular long rocky downhill section – I engaged my Mad Mountain Biker gear in the brain and flew down like a cougar on heat. It was fabulous to be complemented by seasoned fell-runners on my “downhilling being good for a triathlete..” Pity my uphill strength wasn’t quite as good 🙂

Miles 15-17 felt OK as I managed to continue trotting up the hills.  We overtook some Mountain Bikers pedalling up the rocks in the granny ring, made us realise how quick we were still going….  Some horses then came down the same track and, having been alone or in small groups of runners for almost 4 hours, this felt claustrophobic (I know, completely mad when you are in the middle of nowhere!). So I put the hammer down and flew uphill with Lucy from North Norfolk Beach Runners in tow, as I slowed at the top Lucy carried on motoring – I was impressed.

At Mile 21 I slowed considerably and the stride shortened with twinges in the hip flexors.At the next feed bananas were scoffed which supplemented my gel strategy perfectly.
From 22m I ran with an inspiring lady from Meirionydd Runners into another fab fast downhill section with a long grassy stair case.  The pain came next with a massive single track climb over a waterfall and up a very steep wooded hillside. Around mile 23 I got a second wind and flew downhill again only to stumble, dent my pride and graze my forearm – could have been worse as my face was in the mud too, thankfully all teeth were intact.
At this point I was thinking we’ve only got 10k to go, that’s about 40 minutes…. but not when you’ve done 21 miles over 1300 metres of climbing – that’s 4000 feet in ‘auld money’.

The final feed at Ty’n y Groes was well timed and I wish I’d taken on some electrolyte as I cramped at mile 24 stopping for about 15 mins to stretch it out with the assistance of yet another enthusiastic and kindly marshal.
The last few miles were a mix of happiness, elation, giggles and high emotions and the cheers at the end brought tears to my eyes as I reflected on the race and thought of my sporting Dad looking down on me probably saying “you are mad, why didn’t you stick to cricket…”

Finished in 5h 42m 209th out of 300 – happy with that and a million Thank Yous to Matt Ward, organisers & marshals and also my wee girl Catrin for running me the coldest ice bath ever ready for me to dive into fully clothed.
Roll on 2014, I’ll be back better trained and Powering on. 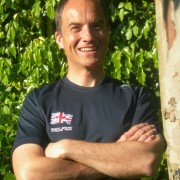 In sport, fitness and life generally food is a passion.  It’s the fuel that makes us function and it can taste fabulous and enable great social occasions with close friends and family.

A friend of mine at Wirral Athletics Club loves food…. well to be fair he loves the chippie and he really loves chips with curry sauce.  He is not some lard arse though – he is a mid-40s self-employed Dad who still knocks out a 10k at 6 minute mile pace.  He is light and ‘healthy’ and a wee bit mad, you see, he has entered the Anglesey Ring o Fire Ultra-Marathon.  It’s a 3 day megathon totalling 140 miles on trails around the beautiful and windswept Isle of Anglesey.

His first training 21-mile training run resulted in a full-on bonk and ‘wall-hit’ that saw him back in his caravan with 2 jumpers and 3 fleeces on shivering under the downie whilst trying to recover.

On hearing of this training debacle, my pal Jon asked me for some nutrition advice, safe in the knowledge that I had fueled similar efforts on the bike.  My diagnosis of his ‘fueling” was damning – the training run was fueled by some water and 2 crunchy bars…… without knowing the brand we are talking 350 kcals…. not much fuel.

In summary, we focused on fueling in the days before – not skipfuls of pasta carbo-loading – but bringing more fruits and veggies into the prep along with good quality carbs to fuel the glycogen stores in his muscles.  Sure, there are traditional carb sources on the list – rice, pasta, potatoes – but not in the vast quantities that some people seem to think they require.

I’ll post more on the details of his “Ring o Fire” prescription next week.

In the meantime if anyone else out there requires nutritional advice, drop me a line.